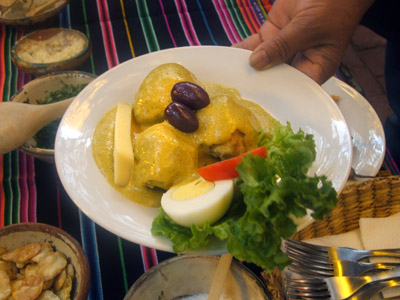 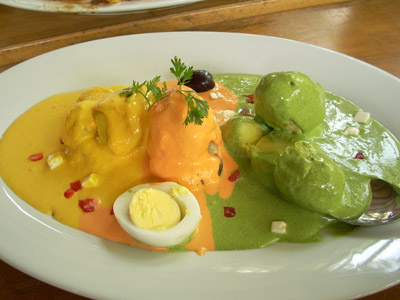 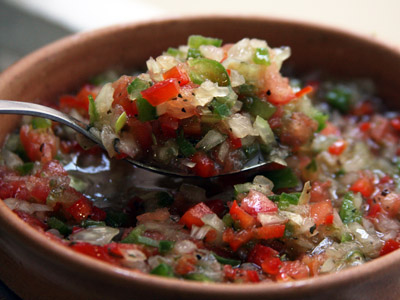 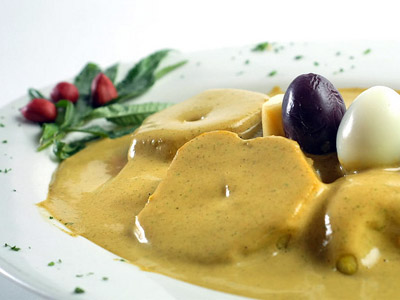 Peruvian cuisine emphasizes freshness, and sauces are a large part of the magic which transforms humble, fresh ingredients into palate-pleasing cuisine.

Peruvian cuisine emphasizes freshness, and sauces are a large part of the magic which transforms humble, fresh ingredients into palate-pleasing cuisine. This is true when referring to meal preparation, where sauces like Green Coriander Sauce and Panca Pepper Paste form the basis for famous dishes such as Peruvian Rice and Chicken and Peruvian Roast Chicken, respectively. It’s also true for sauces which can accompany meals, which will be the focus of this post.

Mild yellow chili peppers called ajis. Artisanal white cheese. Evaporated milk. Salsa Huancaina is as good as it sounds. The name refers to the region of Peru that the sauce hails from, Huancayo.

It’s traditionally served over boiled potatoes and eggs in the Peruvian version of potato salad in a dish known as papa a la huancaina, which you can find on Plus Restaurant’s menu under the appetizer section. Or, if you prefer a modernized version, try the yucca croquettes with huancaina sauce.

Hailing from the province of Arequipa, salsa ocopa is not that different from salsa huancaina, and it’s also often served the same ways as well. The difference, however, is a generous amount of huacatay, Peruvian black mint. This makes the sauce green and adds a more complex taste. The sauce also includes fresh white cheese, onion, and yellow chili.

If you’re interested in trying Ocopa, you can usually find it on offer in the sauce and condiments section of the local markets. Try visiting San Pedro Market, Cusco’s most traditional market, which is located just two blocks from the main square of Cusco, where Plus Restaurant is located.

Rocoto is the hottest of the Peruvian chili peppers, so as you can imagine a blended rocoto sauce is quite spicy. To calm down the heat, cream can be added, changing it into a chili-cream sauce, crema de rocoto. With a little coriander or parsley, it’s as delicious as it sounds!

Sometimes, the simplest accompaniments are best. This is certainly true for salsa criolla, which is a simple onion relish often used when looking for something acidic to cut through a fatty dish like fried pork. Some julienned onion marinated in lime juice and tossed with fresh herbs is an easy way to add freshness to a meal where it’s lacking, and the mixture can be made more colorful with judicious additions such as red bell pepper or yellow chili pepper. You’ll often see it on beans and with tamales.